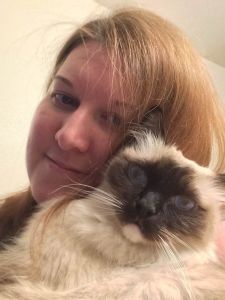 Christina started out as a veterinary assistant with The Cat Doctor in 2011.  Since that time she has transitioned to the receptionist desk where her caring nature is an asset in working with worried cat owners.  Christina has six cats of her own along with the stray kitties that she feeds, traps and re-homes. 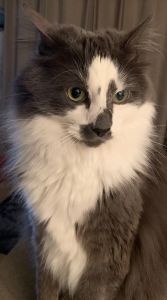 Christy joined our staff in 2018 and is very helpful and efficient at the front desk.  She grew up in an Air Force family so she has experienced living in other parts of the world.  Christy currently lives with her mini schnauzer Kira, a cat named Casey, Indy the chinchilla, and has an aquarium of freshwater fish. 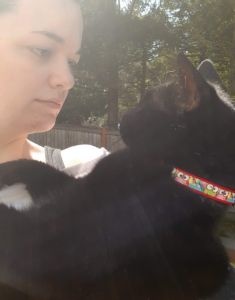 Caitlin joined The Cat Doctor in 2019. She was born and raised in Washington State and loves spending time outside with her family and friends. She is an amazing problem solver, very organized, and a great asset to our team of receptionists. Caitlin lives with her 2 black kitties, Captain and Thiam, her dog Sam, and a sassy Parakeet named Al. She loves to read and play video games in her free time.

Mady joined The Cat Doctor in 2020. She was born and raised in Washington and currently resides in Spanaway with her 7 cats, 2 dogs, and freshwater fish. In her spare time, Mady likes to garden, spend time outside with her pets, and play video games.